There's always something to experience here

With the tractor
to the farms of the region

By covered wagon to various farms in the region? Our popular farm tour makes it possible! Book the highly interesting and amusing seven-hour tour at fixed dates – or exclusively for your guests.

We have two covered wagons pulled by tractors with capacities up to max. 24 participants.

Your contact person for these actions is Veronika Körner,
Phone 02174 6718–0, e-mail v.koerner@hotel-wisskirchen.de

Silke Junick only means well when she points out the wonderful view of Altenberg Cathedral just beyond the bend. “I thought there might also be participants from outside,” says the geologist, acknowledging the knowing smile she receives from the covered wagon. In fact, why should the local population set out on a farm tour? Isn’t milking cows more for city dwellers? Not if Markus Wißkirchen organises the excursion. Because then the seven-hour tour becomes not only highly interesting, but also extremely amusing.

Markus Wißkirchen’s gaze wanders through the inner courtyard of the Kochshof. That’s exactly how he imagined it. Tired and exhausted, but filled with impressions and a hearty snack buffet, the 45 participants of the farm tour, his tour, sit together in the open air. Surrounded by the neat half-timbered coach house, the original Bergisches Backhaus, here called “Backes”, with the Kochshof with its Sängersaal in the back. A naturally cloudy Odenthal beer in his hand. “We also put a few bowls there. So if there’s any of the sausage left over, take it with you for tomorrow. Or a piece of the crumble cake?” The tour cost 35 euros. For five years now, the boss of the well-known Altenberg hotel and restaurant has been offering them, initially to the public, but in recent years only on request from companies or clubs. Now the offer will again regularly lead to farms and colleagues of the 44-year-old. For Wißkirchen is not only a restaurateur, but also a graduate engineer in agricultural machinery technology – and an animal farmer.

Milk directly from the udder

That this is his great love becomes clear to the participants after just one kilometre of travel: after the start in the Odenthal village of Hüttchen, the first farm with two tractors and freshly renovated covered wagons is quickly reached. Freerk Buse and Sylvia Schroers are already waiting for the guests at the Großgrimberg farm. Three years ago they decided to live between, with and for the cows. The colourful spotted Toscana, quickly renamed the mountainous “Tosca” by Markus Wißkirchen, is ready to be milked. And while the milk is pressed by children’s hands directly from the udder into the cups, Freerk Buse tells of real life on the farm, from which the Brussels quotas are so far removed. “We try to keep our cows as long as possible,” and if they stop giving milk and are taken to the slaughterhouse, “that’s different for us than maybe for the pig farmer who has a thousand animals. I know every cow here by name.” Even if this was sometimes regionalised for visitors at short notice. Veronika Körner brought cheese from the region, more precisely from the Thomashof in Burscheid. She is Markus Wißkirchen’s assistant and – how convenient! – state-certified farmer. So while the farm residents are still giving information about the development and future of the milking process, the first guests are already tasting the mountain cheese specialities. Would you like some boiled beef with apple horseradish? But there is not too much time to visit the farm, which is one of the few farmed ones above the steep ridge of the Dhünn valley. There used to be eleven in the immediate vicinity, explains David Bosbach. As the person responsible for tourism in the Odenthal municipality, the historian has a lot to tell about the history of the farms. That he is also on the tour – of course. The community lives from tourism and those involved in it stick together.

Holding on tight is the top priority as the two teams continue in a loop on forest tracks. “Since the swine fever, we are no longer allowed to enter a pigsty,” Markus Wißkirchen regrets, and because the “Oberhortenbach” forester’s lodge invited dog owners to a big meeting on this Sunday, the restaurateur had to improvise. There, Sayn-Wittgenstein’s forester Artz presents his game products and explains everything about “forest and game”. This time Walter Bosbach is waiting at the small bridge over the Dhünn. From him, the group learns a lot about what can hardly be seen during the day between Schöllerhof and the dam. “We have such high visitor pressure here – from the joggers in the early morning hours to the many walking tourists – that our wildlife has had to become nocturnal.” Red deer, fallow deer, wild boar. “And fallow deer”, as the passionate hunter remarks when a mountain biker lies down on his nose just in front of the group. Before distributing the wild boar salami that he had brought with him, David Bosbach kidnaps it a few metres uphill so that the group can also enjoy the view of – and the history of – Maria in der Aue during the tasting.

For Klaus Stöcker in Emminghausen, the farm tourers are already the second group of visitors of the day. Because the specimens of his breeding activities are still exotic in the Bergisch region. A few thousand years ago, ostriches had already existed in Europe, more or less in transit; today, the species attracts the curious to the ostrich farm between Dabringhausen and Wermelskirchen. “We are in the process of building new stables. Because the target is 200 slaughters per year.” Stöcker, the head of a metal processing company in his main job, is standing in the middle of the enclosure, surrounded and towered over by several of his animals, which are constantly picking at his outstretched hand. You get used to this pain. And yes: calluses form there. Visitors’ respect for the curious animals is as palpable as their soft feathers. If there had been any need for a hint that entering the enclosures is anything but harmless, all it takes is the ostrich boss asking who would win the fight between lion and ostrich and a glance at the powerful claws on their feet. But flock boss Einstein and his chicken ladies are not in Emminghausen as show objects. Their meat is tasty and lean, so it is becoming increasingly popular with health-conscious eaters. The proximity of the farmer to his animals also helps with the slaughtering, which is carried out by a mobile butcher directly on the farm. “I have the animals in my hands from the first breath to the last – and no one else can reach them!” says Klaus Stöcker with the same determination with which he allows a look into the ostrich nests, but strictly forbids access. Almost tenderly then again the water play on the way to the farm shop: Ostriches love to be bathed. Suddenly everything has to happen very quickly: It starts to rain, the visitors don’t want to get wet and the young animals, only a few days old, have to get into the stable as quickly as possible: “They can’t stand the knock of the rain on their skulls, so they stick their heads up and the water runs up their noses! Don’t bury your head in the sand: The ostriches drown like this.

Even Reiner Schwarzenthal on the 30 hp “Güldner”, built in 1963, doesn’t let the summer rain spoil his mood on the ride through Burscheid. Even if the open-air seats next to the dedicated Oberodenthaler suddenly remain empty because his fellow drivers have hurriedly taken refuge under the tarpaulin. He is rewarded at the Lambertsmühle with apples in solid and liquid form. Yet the neat architectural monument below the Burscheid and Leichlingen fruit fields specialises in a completely different foodstuff: “From grain to bread” is how the museum being built there will tell the story of the mill. Armin Busch from the local support association will do this for the visitors. The guided tour of the ensemble of four buildings is the last stop on the tour, which then ends at the Kochshof for food and drink. Owned by the Zugvogel deutscher Fahrtenbund since 1987, the singers have not only saved the homestead from demolition and decay, but have also left behind a special gem for the Bergisches Land. “If this were allowed to be used commercially, there would be weddings here every weekend,” restaurateur Wißkirchen is sure.

„Kein schöner Land in dieser Zeit, als hier das unsre weit und breit. (There is no more beautiful country at this time than ours far and wide.)

The Bergisch poet Anton Wilhelm von Zuccalmaglio was right. And his well-known folk song has probably been sung very often here in Odenthal. 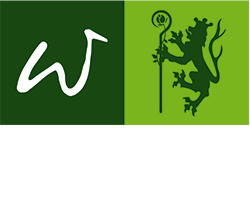